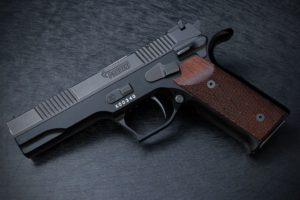 Run. Hide. Fight. That is the advice given to people who are involved in a massacre shooting. Run if you can, hide if necessary, and fight if you must. No one should ever be in the situation where “run, hide, fight” is reality, but the fact that these situations do exist brings out a polarizing raft of opinions about self-defense, gun violence, and constitutional law. Recent broadly publicized and horrific massacre shootings have thrust this issue before many state legislatures, causing gun regulations increase immensely over the last several years, especially in California.

For more than 100 years, the United States Supreme Court has stated the Second Amendment of the United States Constitution specifically allows individuals to possess firearms.  While a spectrum of opinions and perspectives about gun ownership in America exists, news and common experience focuses on a sharp division between activists for gun rights and activities for gun safety.  This sharp debate makes gun regulations some of the most scrutinized in America.

Simple firearms date as far back nearly 700 years.  About four hundred years later, the United States sprung into life, and a short 15 years later, congress enacted the Second Amendment. American states began regulating firearms shortly after the civil war.  It was not until the 1930s that the United States government began enacting firearms laws that applied to the entire country.

Both the NFA and the GCA are currently enforced by the Bureau of Alcohol, Firearms, and Explosives (ATF). The ATF is a law enforcement agency in the United States’ department of Justice that deals with violent criminals, criminal organizations, the illegal use and trafficking of firearms, the illegal use and storage of explosives, acts or arson and bombings, acts of terrorism, and the illegal diversion of alcohol and tobacco products.[3] The ATF continues to have a strong interest in firearm issues in the United States, recently prosecuting eight individuals for firearms crimes.

Throughout the years since the first firearms, states have changed regulations to best suit their own evolving situations and interests. California has some of the more stringent regulations and laws related to the ownership of guns, enacting several new regulations within the last year.

Most recently, California Proposition 63 was approved, which created the following new regulations:

With these many layers of gun laws, it seems a person can never own or buy a gun without unknowingly becoming a criminal. From the initial gun regulations of the NFA, to more modern and stricter state regulations, it is becoming almost more of a hassle, especially to Californians, to own a gun.

And even worse, what happens if a California wants to leave a gun to his heirs after his or her death.

The above list of new regulations is a good reason an owner of a firearm should invest in a gun trust. What is a gun trust? Is it part of a will? Or estate planning? Is it a trap to get more money from a gun owner?  These questions will be answered in next week’s blog post.